Product prices and availability are accurate as of the date/time indicated and are subject to change. Any price and availability information displayed on [relevant Amazon Site(s), as applicable] at the time of purchase will apply to the purchase of this product.

Committed to the design and production of cutting-edge scale model aircraft, FMS has dedicated an extraordinary amount of effort in the design of the Yak 130 V2 to ensure that it’ll also be at the pinnacle of model aviation. Finding a balance between scale and performance has always been a challenge, it took numerous prototypes, test flights and modifications to refine the Yak 130 V2 into its final form- FMS is confident that this is the most accurately defined Yak on the market today.
Small details such as the plastic leading edge of the air intake, which reduces turbulent airflow and protects the air duct from debris, are implemented onto the airframe. The panel lines, cockpit interior, scale pilot and even the auxiliary fuel tanks are made with significant attention to detail. Even the way the aircraft is assembled has been optimized- with a screw-together airframe, it’s now possible to build the Yak 130 V2 in the time it takes to charge the flight battery. 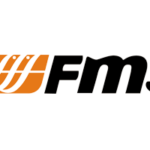